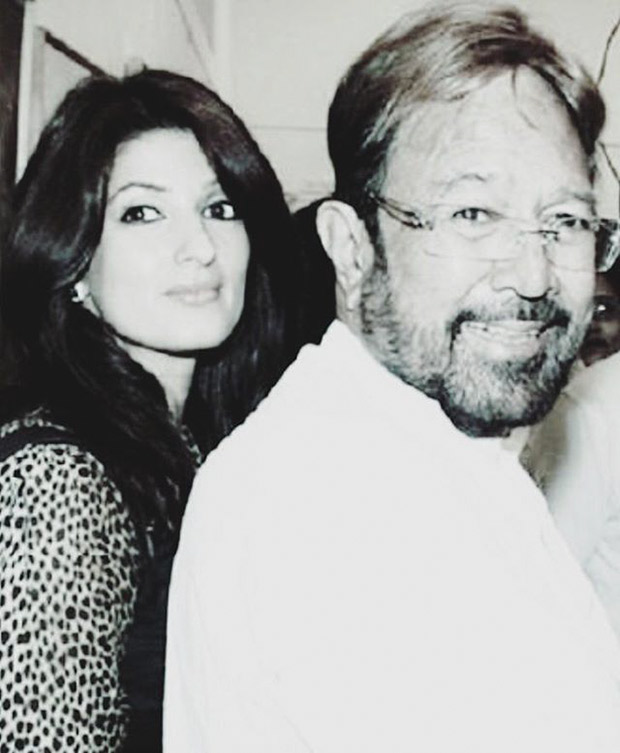 Twinkle Khanna and her superstar late father Rajesh Khanna share their birthday on December 29. Ever since the celebrated actor passed away, every year Twinkle Khanna remembers him and pens down a beautiful birthday message for him.

Today, on his 74th birth anniversary, Twinkle Khanna shared a photograph with her father Rajesh Khanna and wrote some beautiful lines for him. She wrote, "I see you-in my reflection off the back of a gleaming spoon, in a gesture my sister makes , in the arch of my son's eyebrows- I still see you.. #happybirthdaytous."

Rajesh Khanna had passed away on 18th July in 2012. Currently, Twinkle Khanna is on vacation Akshay Kumar and her kids Aarav and Nitara.