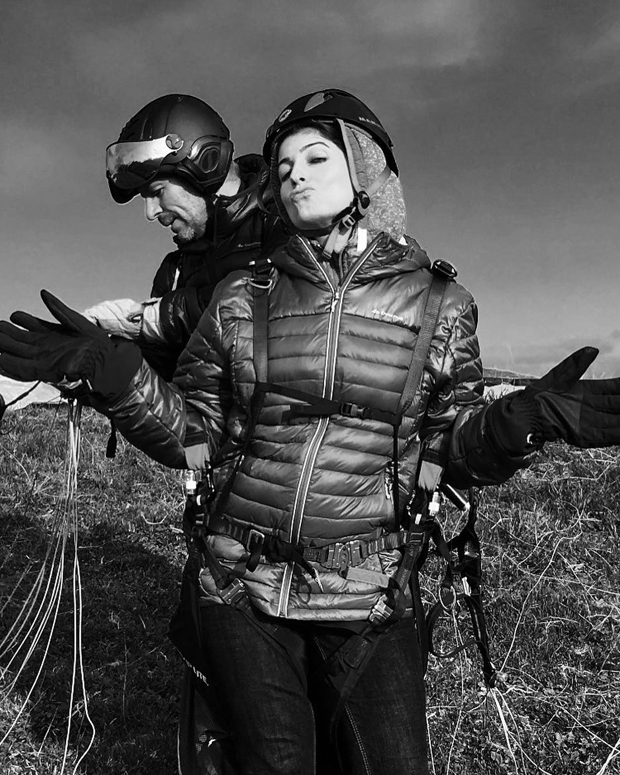 Style comes naturally to this witty lady! Twinkle Khanna, wife of one of the fittest actors in B-town Akshay Kumar, is known for her sarcasm and some punchy liners. She took everyone by a surprise by unleashing her new adventurous side on the picture sharing network and that too like a boss!

Getting posy as she was gearing up for a round of paragliding, Twinkle Khanna shared a picture on her Instagram page, saying, “Flying off the handle comes easy now lets see how I handle just the flying off bit #paragliding.”

The former actress is looking forward for a new role in Bollywood, this time as a producer. While her popularity as a writer has only gained momentum, the actress decided to return to B-town but not as an actress. She will be producing Padman featuring her hubby Akshay Kumar in the lead role under her banner Mrs. FunnyBones Movies. It will also star Sonam Kapoor, Radhika Apte in prominent roles in the film and is directed by R Balki.

On the other hand, Akshay Kumar is all set to turn a year older on Saturday, September 9 and we hear that the family will take off to Swiss Alps to ring in his birthday. Well, we await yet another series of pictures as they bring in the actor’s 50th birthday with some fun, glitz and glamour.