Taimur Ali Khan is usually a chilled out, affable kid who loves to play outdoors and even wave at the paps. There is generally no fuss with this celeb kid who adorably poses for shutterbugs and is in a happy puppy mood all day along. But yesterday, he seemed a bit cranky at the sports day where he was snapped on playground with other kids and their parents. Mommy Kareena Kapoor Khan was hands on with little Tim, who burst into tears on the ground. One can see Bebo patiently comforting her baby. She looks unperturbed as she expertly handles her kid. The pics show Bebo’s different moods around Taimur who is a bit flustered. 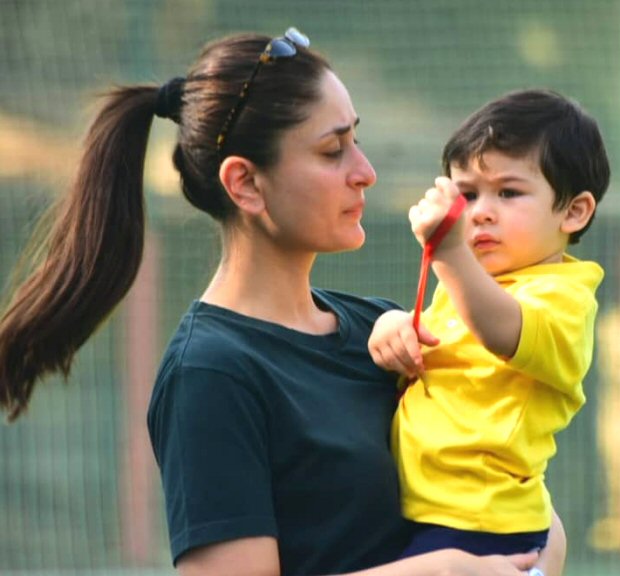 On the professional front, Kareena Kapoor Khan will be starting shoot for Karan Johar’s Good News with Akshay Kumar this month. Her co-stars Diljit Dosanjh and Kiara Advani have already started the shoot for the same. Kareena was in Dubai at an awards night. She is currently handling both work and family and has a lot on her plate. It is amazing to see how she divides time between her shoots, work trips and Taimur. Kareena and Saif Ali Khan hosted a pre-birthday bash for Taimur on Friday as it is touted that they would go to South Africa soon and will ring in Tim’s second birthday on December 20. 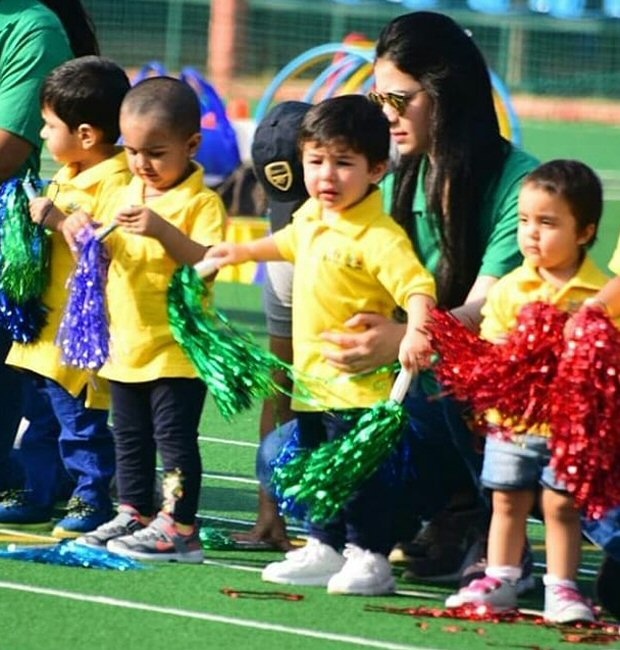 Also Read: Revealed: Here’s why Taimur Ali Khan had a pre-birthday bash for his local friends