Kareena Kapoor Khan and Saif Ali Khan had organised a birthday party for their munchkin Taimur Ali Khan on Friday evening. Taimur's birthday is on December 20 but yet, there was a party organised yesterday for him. Here's the real reason why! Kareena will soon be going to South Africa for a work trip and will be joined in by her hubby Saif Ali Khan and baby Taimur. The Pataudi family will ring in their prince's birthday in South Africa. This will be his second birthday and his parents are leaving no stone unturned to make it special for him. Taimur will not be around in Mumbai on his birthday so, his parents had organised and intimate bash for his local friends yesterday. The party was attended by all his close buddies including cousins Kiaan, Inaaya, Kainaat Singha, Laksshya Kapoor, among others. 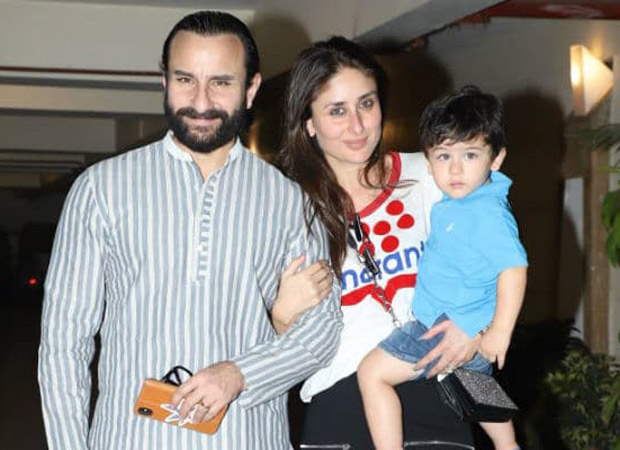 In South Africa, Bebo and Saif will plan a private birthday party for Taimur and it will be on a small scale with just the family. It would be great for Taimur to visit South Africa as he already loves animals so much and it would be a great opportunity for him to explore the same. Moreover, last year the Pataudis had planned a big function with all of their family and friends at their ancestral palace. This time around, Tim will have a more exotic birthday!

On the work front, Saif is busy shooting for his Netflix show Sacred Games 2. Kareena has two films in the pipeline: Takht and Good News (both with Dharma Productions) and a radio show too!