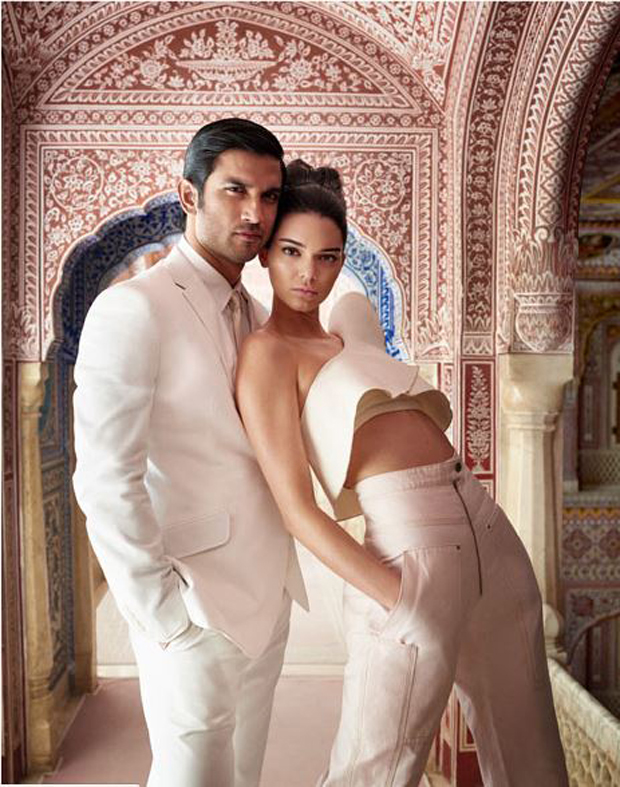 A few months ago, supermodel Kendall Jenner had made a secret trip to India to shoot for a project. The model was flown to Rajasthan for a special photoshoot. It was also learned that she was sharing screen space Bollywood hunk Sushant Singh Rajput. Now, months later, it has been revealed that Sushant Singh Rajput and Kendall Jenner indeed did a photoshoot together and pictures are amazing. 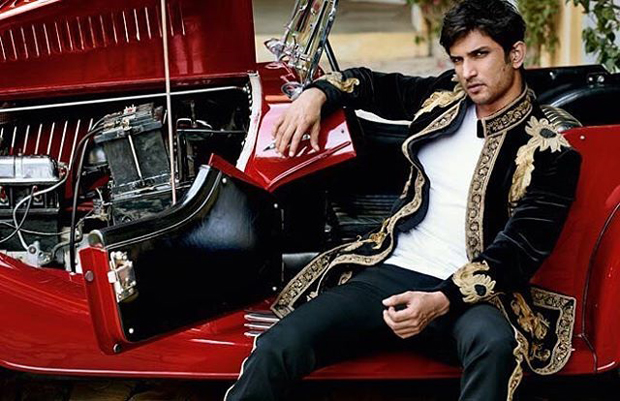 Kendall Jenner is the cover girl for Vogue India’s 10th anniversary issue. In a royalty filled photoshoot, she and Sushant Singh Rajput play muse to ace photographer Mario Testino. Individually and together, Kendall and Sushant have blended ethnic look and have given it modern twist. Donning white outfits, Sushant looks dapper in white suit from Ozwald Boateng with shirt and tie from Burberry. Kendall has matched Sushant in white wearing a blouse and trousers by Isabel Marant and paired it up with Jil Sander shoes. 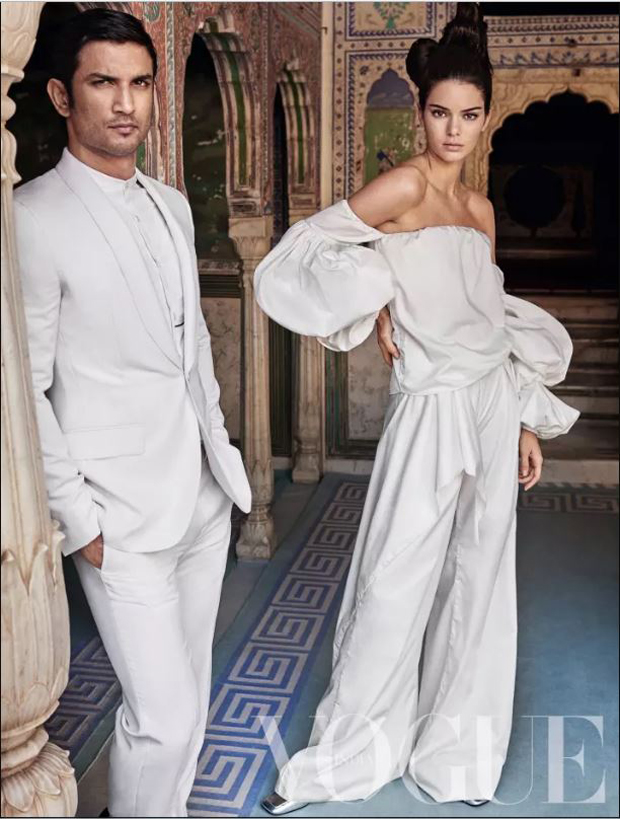 The individual shot of Sushant Singh Rajput looks regal. He is wearing golden and black embroidered coat and trousers by both Alexander McQueen. The white shirt is from ATM by Anthony Thomas Melillo.

On the work front, Sushant Singh Rajput is gearing up for the release of Raabta starring Kriti Sanon opposite him. Directed by Dinesh Vijan, the film is slated to release on June 9, 2017.