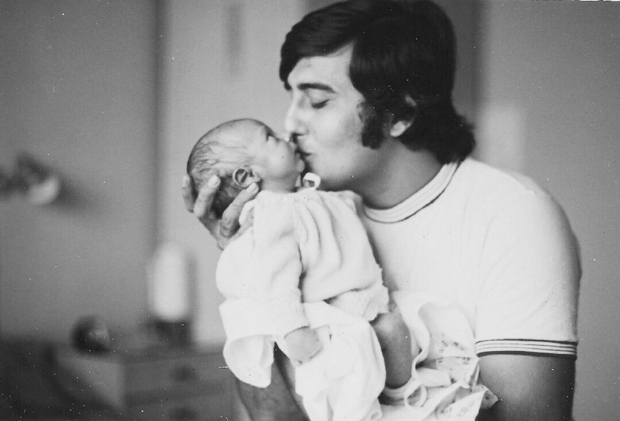 Veteran actor and politician Vinod Khanna breathed his last on April 27 after battling bladder cancer. The 70-year-old actor had been admitted to Sir HN Reliance Foundation and Research Centre in Girgaum due to severe dehydration before he succumbed to cancer.

Vinod Khanna’s second son Rahul Khanna has been trying to adjust to the fact that his father is no more with him and his family. He had earlier shared a photo from his childhood days with his older sibling Akshaye Khanna.

On Wednesday afternoon, he remembered his father in a moving post that read as, “You showed me how to be a gentleman and yet fight to the finish like a warrior. Bye Dad. 1946 – 2017.” The black and white photo shows a young Vinod Khanna holding baby Rahul Khanna in his hand while giving him a sweet kiss on his forehead.

Vinod Khanna was known for some of his iconic performances in films like Muqaddar Ka Siqandar, Qurbani, Dayavaan and Amar, Akbar, Anthony etc.