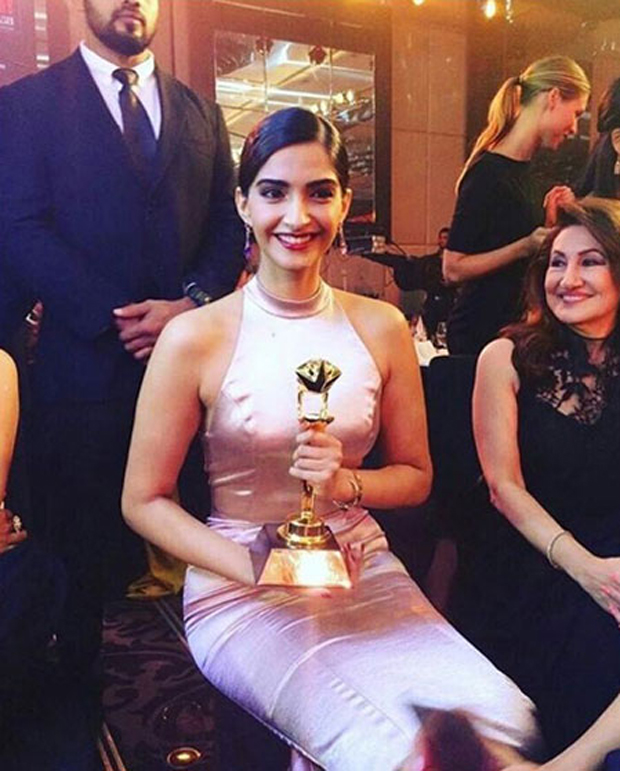 Over the years, Sonam Kapoor has been the lead of several films but no performance of hers had left a mark on the audience until this year. Sonam impressed everyone earlier this year with her performance in Neerja Bhanot's biopic titled Neerja. She received positive feedback from both critics and audience and now is the frontrunner for Best actress this awards season.

As the awards season has officially commenced, one can hope that Sonam Kapoor will be pretty much bagging most of them, At the Masala awards 2016, Sonam Kapoor won the Best Actress for Neerja and thanked the Bhanot family for giving their blessings to make this film. In a heartfelt post, she wrote, "Thank you for the love.. #bhanots #bling #rammadhvani #teamneerja A lot of conversation has been about awards and who deserves what. As an artist I'm just thankful for the experience of playing #neerjabhanot , That in itself was amazingly rewarding... all this dialogue belittles what this incredible woman stood for. Nevertheless all my love to #teamneerja , this is yours as much as it's mine."

Neerja was helmed by Ram Madhavani and was a story about Neerja Bhanot who was shot in Pan Am Flight 73 which was hijacked by terrorists on 5 September 1986. She sacrificed her life saving hundreds that day.

"I was shaking by the end of it”- Sonam…