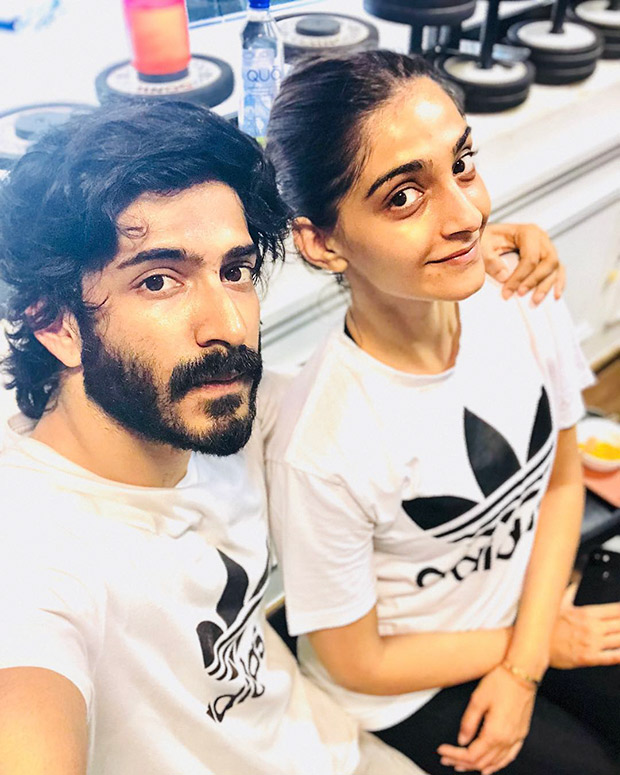 The Kapoor family is a big family but is known to a close-knit family. All of them have busy professional lives but they always make sure to spend time with their family. Siblings Sonam Kapoor, Rhea Kapoor and Harshavardhan Kapoor are definitely close to each other. Although Sonam Kapoor and Rhea Kapoor work closely together, Harshvardhan is mostly away from home for work. All of them have hectic work schedules but whatever time they get together, they make sure to make the most of it.

On Monday, Harshvardhan Kapoor had a gym partner who was none other than his older sister Sonam Kapoor. The two of them were twinning in Adidas gym gear whilst posing for a selfie. Sonam was snapped in a no-makeup look in the photo with Harshvardhan. He captioned it, "Gym buddies matching matching @sonamkapoor @originals_mumbai @adidasoriginals #gym #mondaymotivation #instagood #sister #love #actor #twinning."

On the film front, Harshvardhan Kapoor will be next seen in Vikramaditya Motwane’s Bhavesh Joshi. He has currently started working on Abhinav Bindra biopic as well in which he will be sharing screen space with his dad Anil Kapoor. Sonam Kapoor, on the other hand, will be starring in Rhea Kapoor’s next production titled Veere Di Wedding. The film is set to release on May 18, 2018.