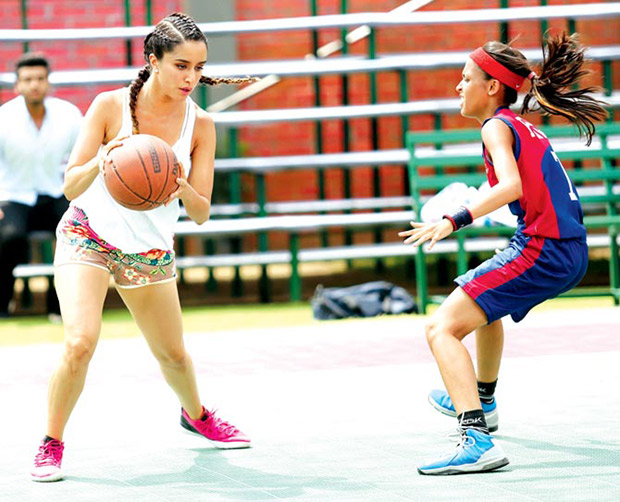 When Shraddha Kapoor was signed on for the cinematic adaptation of Chetan Bhagat's Half Girlfriend, many doubted if the actress' slender built would prove to be a disadvantage. A big chunk of the film is set in Delhi University's North Campus and the protagonists (played by Shraddha and Arjun Kapoor) are ace basketball players.

However, within weeks of training with National Basketball Association (NBA) coaches, Shraddha could play the sport like a pro. Director Mohit Suri, who is collaborating with her for the third time after Asshiqui 2 (2013) and Ek Villain (2014), vouches for that. He admits, though, it was tougher for her than it was for Arjun.

"Shraddha would train for hours on end every day for over a month. While Arjun is a basketball pro, Shraddha was supposed to play a university girl, who is damn good at it. It was important for her to get the basics right. She is a quick learner and also receptive to feedback. The DU girls, who play basketball, would play a game or two while we weren't shooting," he recalls, adding special women coaches from NBA flew down from the US to train Shraddha. "International coach Natalia Andre and her team were always present on set to help her."

In fact, some of Shraddha's teammates in the film are actual players of DU's basketball side. Mohit, who is now busy with the film's edit, says he is content with how her character has shaped up. "There's a lot of conjecture around how Shraddha's character has been adapted from the book. She has worked hard to become the high society Delhi girl — we have gone all out to glamorise her — and is nothing like the girl-next-door that you have seen so far."