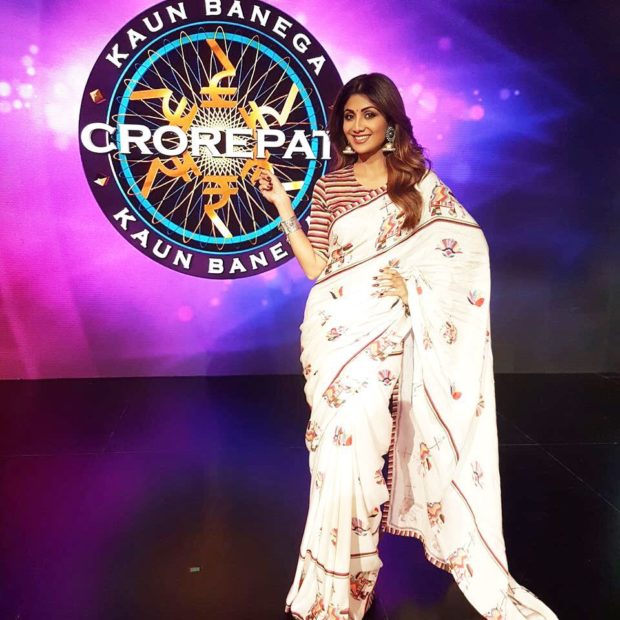 Being one of the longest running reality shows on national television, Amitabh Bachchan marked his return as a host on Kaun Banega Crorepati just a few days ago. The show, which is an Indian version of the American show ‘Who Wants To Be A Millionaire’, will also see a series of celebrities from Bollywood, who make guest appearances as contestants on the show and this time around it is Shilpa Shetty.

Kaun Banega Crorepati that kick started its ninth season recently, will see Shilpa Shetty as a guest contestant playing for charity. Many celebrities in the past including Shah Rukh Khan, Aamir Khan, Salman Khan, Deepika Padukone, Sonam Kapoor, Karan Johar, Vidya Balan have played for raising funds for their respective NGOs they believe in. Shilpa Shetty was no exception and she will be playing to raise funds to help the cleanliness drive at Versova Beach [located in suburban Mumbai]. 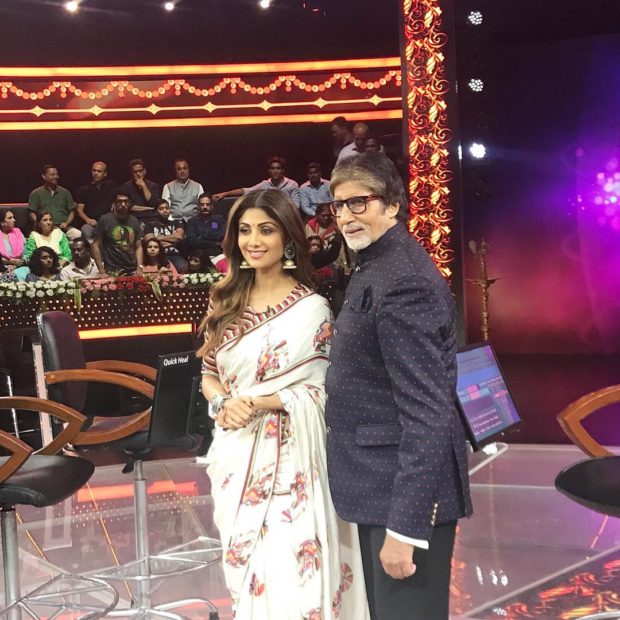 Shilpa Shetty shared all about her KBC shenanigans on her Instagram page and even posted a picture with the legendary star and host of the show, Amitabh Bachchan. The actress also wrote a small note there appreciating the efforts being taken for cleaning the beach in Mumbai. She said, “On my all time favourite show with my all time favourite person today @amitabhbachchan shooting with you for #kbc was a surreal experience ??#playedforacause with #afrozshah supporting a great cause as he conscientiously started a small movement by cleaning the versova beach and now people are inspired and following him ,including me my parter @kiranbawa76 and my @iosiswellness team. Selflessly striving to see a cleaner and healthier environment. A heartfelt salute to him on his effort. #cleanbeaches #respectnature #motherearth #wakeup #swachhbharatabhiyaan #mission.”

While Shilpa Shetty, who was a popular star in the 90s, hasn’t planned on making a comeback to the big screen yet, the yummy mummy is more than happy to promote fitness and have turned an entrepreneur too.

Salman Khan stuns in the new promo of Bigg…