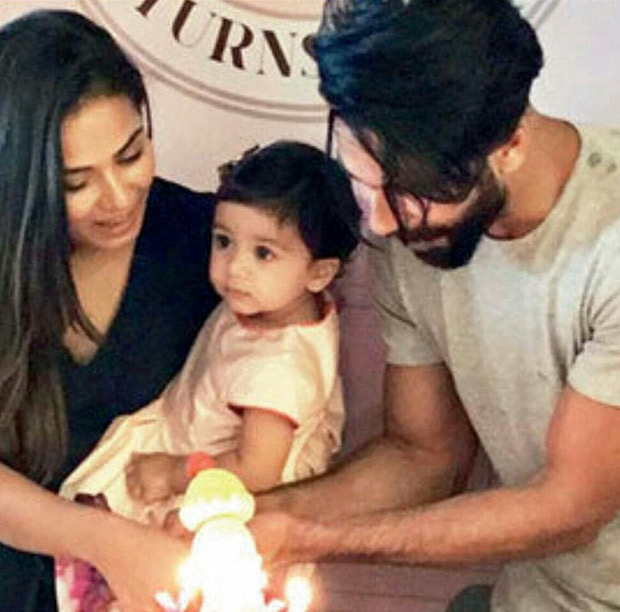 Shahid Kapoor recently had taken a break from his busy professional life for a family vacation in London. The reason behind this vacation was his daughter Misha Kapoor was about to turn one year old. Just like the Kapoors wanted, Misha Kapoor's first birthday was around close family members.

Ever since Shahid Kapoor’s baby girl Misha Kapoor turned one on August 26, the fans have been eagerly waiting to catch a glimpse of her birthday celebrations which had only her parents and family in attendance. While there aren't many pictures available as of yet, we came across a picture of Shahid Kapoor and Mira Rajpur helping Misha to cut her birthday. Many fan pages shared the photograph where Mira and Shahid are helping their little munchkin to cut the cake while Misha is little distracted by all the cameras.

As for Shahid Kapoor, the actor will resume the last schedule shooting of Sanjay Leela Bhansali’s magnum opus film, Padmavati. The film stars Deepika Padukone and Ranveer Singh. It is slated to release on November 17, 2017.