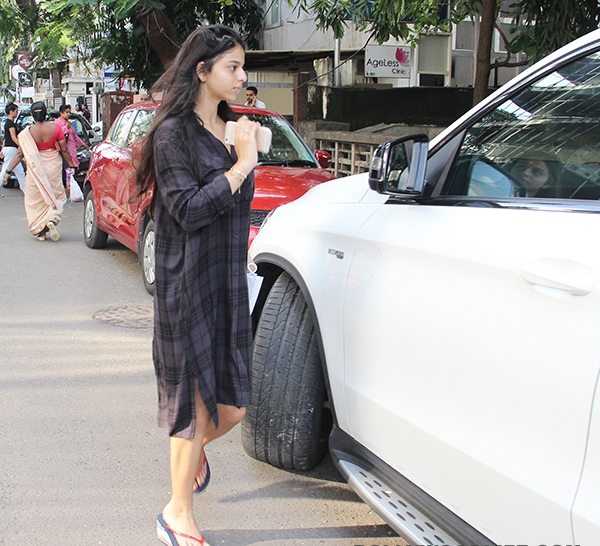 Shah Rukh Khan’s daughter Suhana Khan, the gorgeous teenager, is already an Internet sensation. The teenager, who is still completing her studies, has majorly become a favourite amongst fans and paparazzi.

This past weekend, Suhana Khan was spotted in Bandra in a basic shirt, flip flops and loose hair. She looked chic in this basic attire as she was caught by shutterbugs while heading towards her car. If one has noticed, Suhana, who is a far away from taking a plunge in Bollywood, is definitely quite comfortable while handling the paparazzi.

It was only this weekend when Shah Rukh Khan shared the coolest picture with Suhana informing his fans that she was heading back to London to resume her studies.

As far as King Khan is concerned, Shah Rukh Khan has been busy with his next untitled film by Aanand L Rai in which he plays the role of a dwarf. Katrina Kaif and Anushka Sharma are playing the female lead in the film and even Salman Khan has a cameo in it.