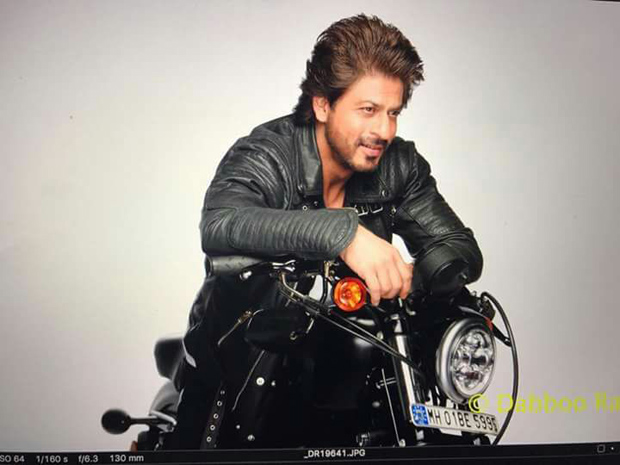 Shah Rukh Khan never fails to mesmerize the audience with his charming personality and cheeky wit. In his last outing Raees, the actor played an anti-hero character and got a chance to drive bike on the streets of Gujarat.

It seems like the bike obsession is just growing day by day. Shah Rukh Khan shared a photograph from his photoshoot when he posed for photographer Dabboo Ratnani sporting a biker look. Donning a black leather jacket with black t-shirt and denims, SRK’s look is the coolest one yet. He captioned the photo in his cheeky way, 'While growing up our mantra was “Any nite, just u me & my leather jacket” Imtiaz reminded us of the same on sets too.'

On the work front, Shah Rukh Khan will be seen next in Imtiaz Ali’s romance drama alongside Anushka Sharma. It is scheduled to release in August 2017.