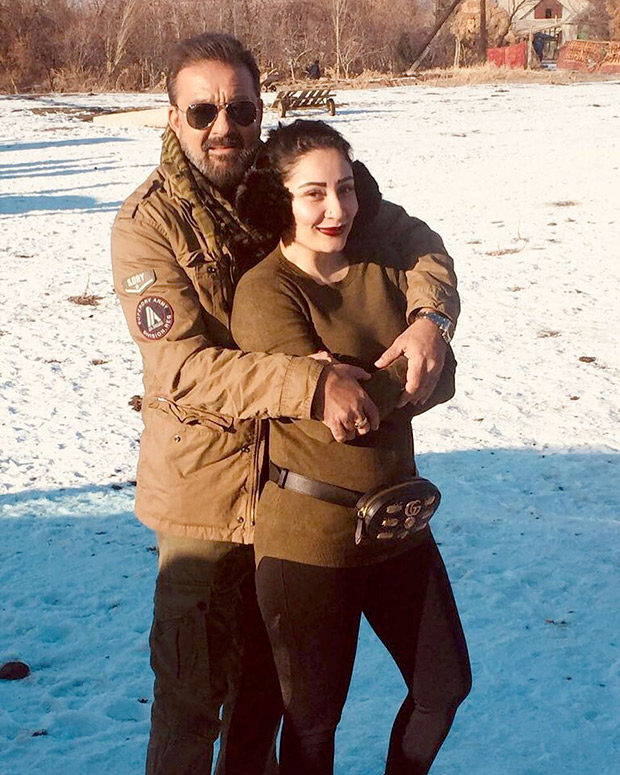 Earlier this week, we had reported that Sanjay Dutt was all set on commencing work on his next venture Torbaaz. In fact, the actor even shared images from the muharat of the film in Bishkek, Kyrgyzstan. Post that the actor who was joined by his wife Maanayata Dutt and kids shared a couple of more images of them in Kyrgyzstan.

Check out: Sanjay Dutt has a blast with wife Maanayata and kids on sets of Torbaaz

Continuing with the same, Sanjay Dutt who is known to be a doting father seems to be making time for his family despite the on-going shoot of Torbaaz. And going by the images that both Sanjay Dutt and Maanayata have been sharing on social networking sites, the family is certainly having a blast celebrating a white Christmas. Sharing an image of the person he calls his ‘pillar of strength’ on Instagram, Sanjay Dutt posted an image with Maanayata with the caption, “The pillar to my strength, my constant support. Love you @maanayata”. 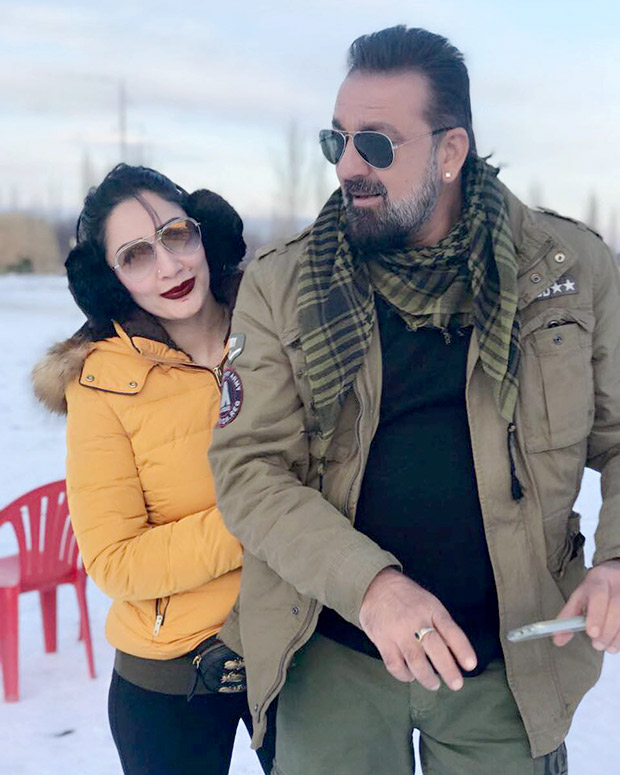 Expressing her love for Sanjay Dutt, Maanayata who had earlier shared a selfie with the actor, took to the image sharing site posting a couple of more images from Kyrgzstan. Posting the first image Maanayata added, “It Doesn’t matter what is ahead of me because of what is shielding me #theprotector #besthalf #torbaaz #tokmuk #krygyzstan #love #grace #positivity #dutts #freezingcold #bittingcold #beautifullife #thankyougod”. 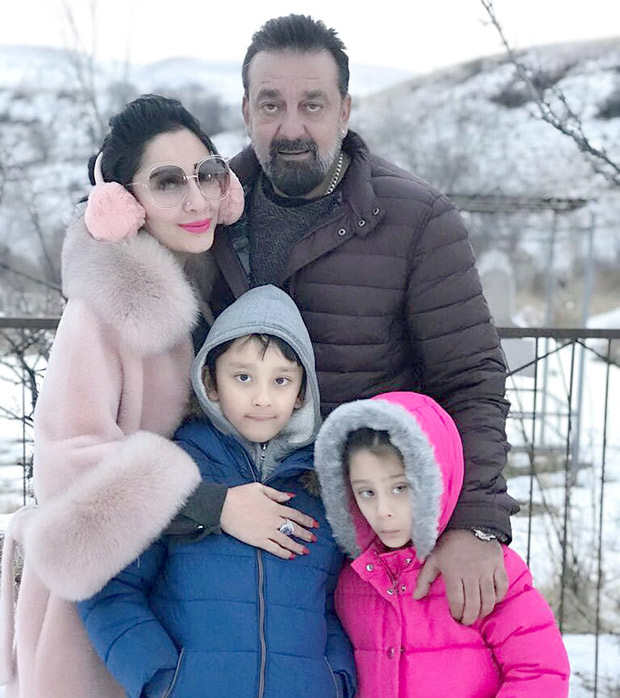 The family’s white Christmas celebrations in Kyrgzstan are certainly giving us family goals.

Torbaaz is directed by Girish Malik. Said to be an action-thriller set in Afghanistan, the film features Nargis Fakhri sharing screen space with Sanjay Dutt.