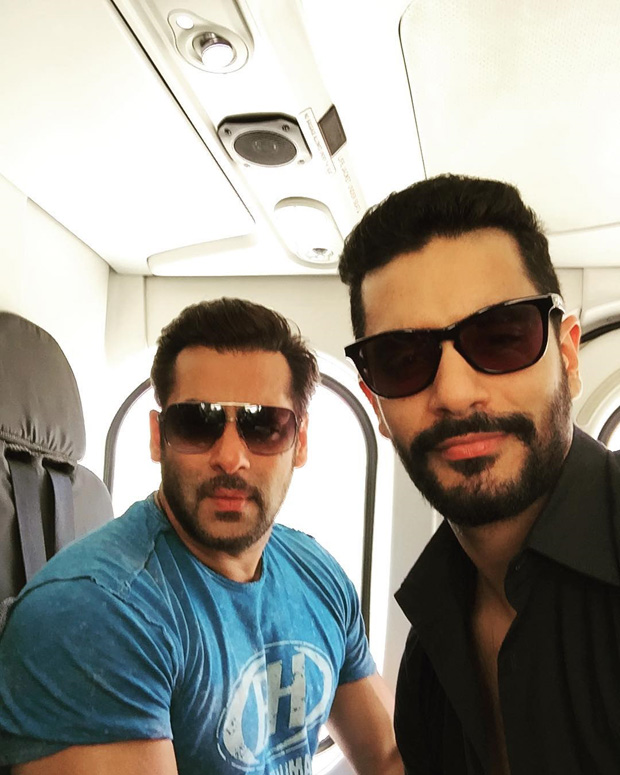 At the beginning of May, Salman Khan began the second schedule of his action film Tiger Zinda Hai in Dubai. The actor has been shooting with Katrina Kaif and Angad Bedi in Dubai.

On Tuesday, May 16, Salman Khan launched the first song from his upcoming film Tubelight in Dubai. What was interesting was how Salman travelled from the launch venue to the sets of Tiger Zinda Hai. It turns out that Salman took a chopper to reach the sets of the film. He was accompanied by Angad Bedi who had come to support at the song launch. Angad shared a photo from their ride and captioned it as, "Chopper ride with @beingsalmankhan Bhai..from the music launch of tubelight straight to the set of @tigerzindahai keep watching this space ..#shootdiaries #travel #cinema #bollywood."

Directed by Ali Abbas Zafar, Tiger Zinda Hai is a sequel to Kabir Khan's 2012 film Ek Tha Tiger. Salman Khan and Katrina Kaif will be reprising the roles of RAW agent Tiger and Pakistani spy Zoya in the sequel. The film's first schedule has been shot in some of the beautiful locales in Austria. It is slated to release on December 22, 2017.