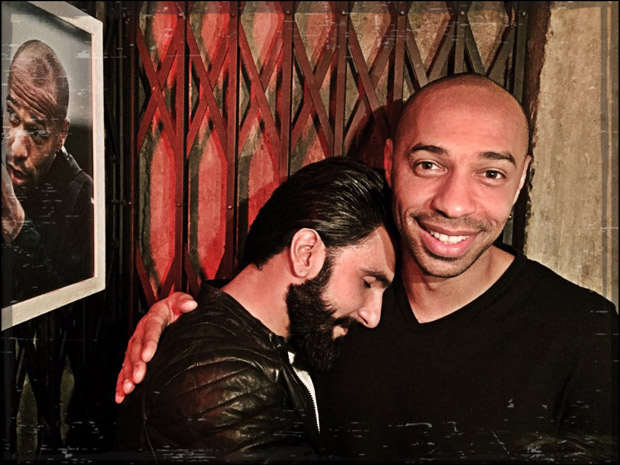 We all know that Ranveer Singh is a diehard football fan. He follows the sport religiously and has attended many matches. After the wrap up of his film Befikre in France, Ranveer had also attended the Euro Cup matches too.

Retired Arsenal football team player Thierry Henry is in India for a few days to participate in charity football matches with Puma. Bollywood celebrities participated in the match held in Mumbai last evening. Ranveer made sure to meet the ace football and grabbed a perfect cuddly picture with him. He captioned it, "True Love @ThierryHenry. Forever in my heart." 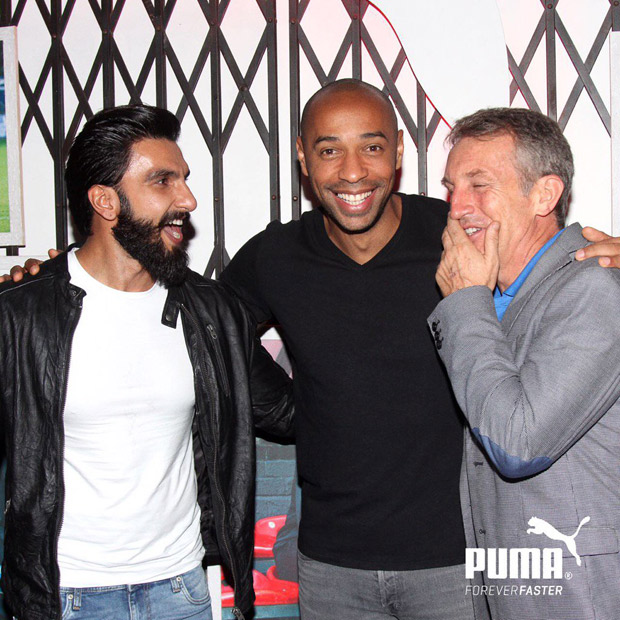 On the work front, Ranveer Singh is gearing up for his romantic comedy Befikre which stars Vaani Kapoor opposite him. It is slated to release on December 9.