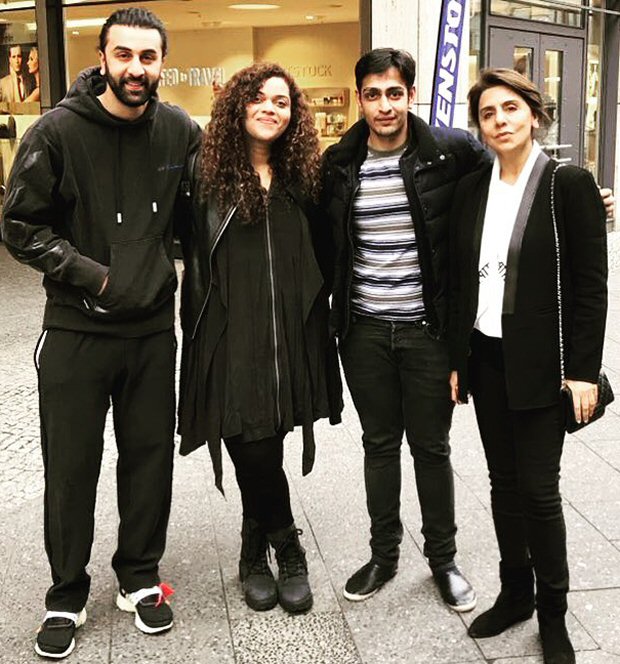 The day November 9 marked Ranbir Kapoor's 10th anniversary in the film industry. 10 years ago, the actor made his way to Bollywood with Saawariya alongside another debutante, Sonam Kapoor. While the actor has completed a decade in the industry, he is enjoying some downtime with family and friends.

Ranbir Kapoor is currently in Berlin with mom Neetu Kapoor as the mommy-son pair enjoyed their vacation together. In the picture shared by Neetu on her Instagram, Ranbir looked quite beefed up with hair tied. Donning a black jacket with track pants and shoes, he was seen smiling for the camera whilst posing with friends and mom.  Neetu Kapoor captioned the photo, "Mission Berlin Completed !!!!! @aartishetty @nishkanodia.”

On the work front, Ranbir Kapoor will next be seen in Rajkumar Hirani's Sanjay Dutt biopic. The film also stars Paresh Rawal, Dia Mirza, Vicky Kaushal, Manisha Koirala, Sonam Kapoor, Anushka Sharma and Karishma Tanna in pivotal roles. It is slated to release next year. Besides this, the actor has started prep for Ayan Mukerji's superhero flick Brahmastra scheduled for August 15, 2019 release.