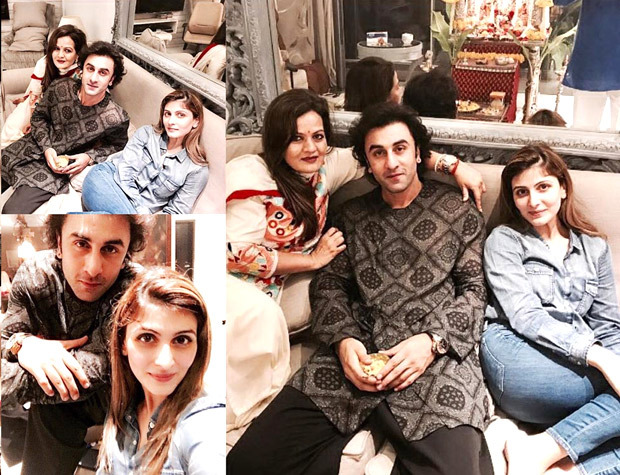 The auspicious festival of Ganesh Chaturthi is here and the celebrations have begun in full swing. Even B-town celebrities welcomed Bappa into their homes or visited other celeb's homes to seek blessings of Lord Ganesha.

Ranbir Kapoor also joined the celebrations as he visited his sister Riddhima Kapoor Sahni's place to seek blessings of the Lord.  Ranbir Kapoor opted for traditional wear and looked dapper in a black kurta and pyjama. Riddhima shared a couple of photos with Ranbir.

On the work front, Ranbir Kapoor is currently shooting for Sanjay Dutt biopic which is scheduled for 2018 release. The film also stars Dia Mirza and Vicky Kaushal. Besides this, Ranbir Kapoor has begun prep for Ayan Mukerji's Dragon which also stars Alia Bhatt.