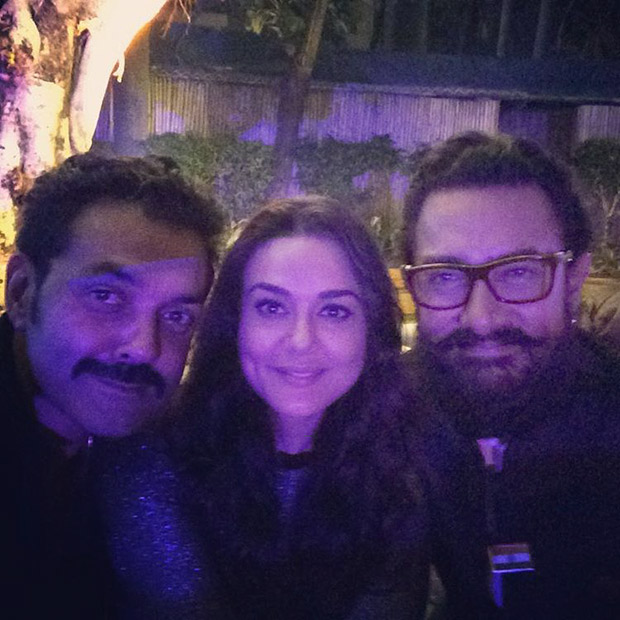 After giving a blockbuster in December, Aamir Khan finally hosted a success bash for Dangal this past weekend. It was a star-studded affair as the celebrities came out to celebrate the film's success.

Aamir Khan looked dapper in a white aligari and kurta and grey waistcoat. He was accompanied by his wife Kiran Rao and daughter Ira. The party also saw the 90s hit pair Preity Zinta and Bobby Deol hanging out together as they partied with Aamir Khan. Preity shared a photo with Bobby and Aamir and captioned it, "Mixing old memories with new So nice to hang with Aamir & Bobby D after a long time  #Aboutlastnight #dangal #friends #laughter #perfectfilm #happiness #perfectionist. Ting."