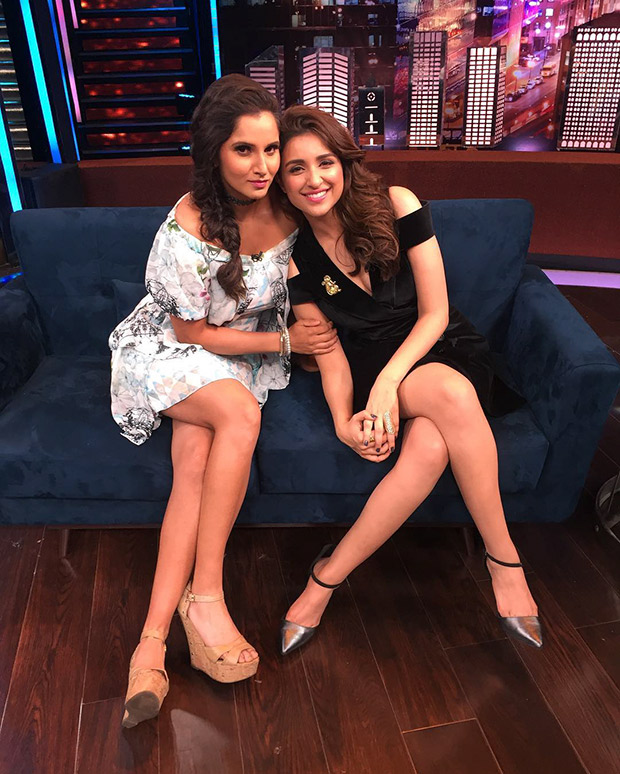 Riteish Deshmukh and Sajid Khan are all set to prove the popular saying 'Bollywood isn't a place for true friendships' completely wrong. The two best friends have now turned hosts for a show called 'Yaaron Ki Baarat' which will air on Zee TV that celebrates friendships as different celebrities are invited on the chat show.

Earlier we had reported that actress Parineeti Chopra and tennis champ Sania Mirza will be among the first guests on the show. The duo even shared about their experience whilst shooting for the same on social media. And now we hear that these two pretty looking besties had a lot of secrets to reveal and a couple of confessions to make. One amongst them was a confession made by Parineeti who claimed that their friendship started with a misunderstanding. Apparently when Sania was quizzed about who would play her role if a biopic was made on her, she had replied that Deepika or Parineeti would do a good job, further adding, that considering Deepika's busy schedule, may be a relatively free Parineeti can take up the film. However, when the interview was published Sania Mirza realized how her sentence sounded and soon called up Parineeti to apologize and clarify that she had no intentions of hurting her feelings. It was at that point that friendship blossomed between the two.

Talking about her bestie's annoying habits, Sania, on the other hand, confessed that Parineeti is really bad at staying in touch with people and often disappears into her zone. On the other hand, Parineeti jokingly blamed Sania who keeps travelling across the world to play matches.