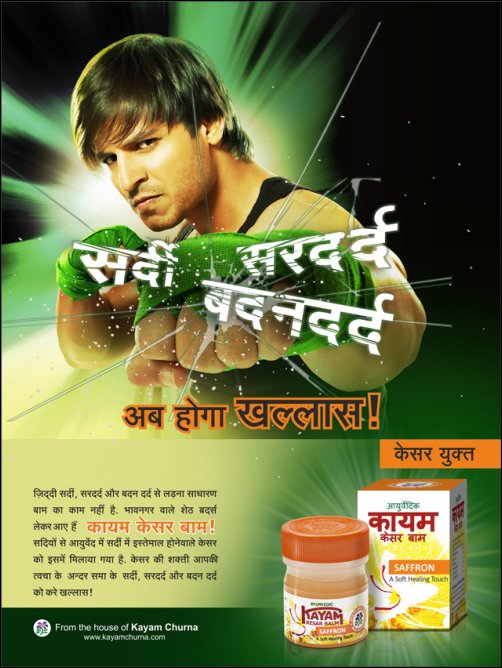 Vivek Oberoi, the man who got famous overnight with his debut film Company, which was later followed by films like Saathiya, Yuva, Masti, Omkara, Shootout At Lokhandwala and likes is back again...this time as the brand ambassador of Kayam Balm. Bollywood Hungama gives an exclusive sneak peak at the ad.

News also has it that, Vivek, despite being offered a staggering amount to endorse a liquor product recently, turned down the offer stating that endorsing any liquor or tobacco products does not feature in his scheme of things.

With (most awaited) films like Zilla Ghaziabad, Krrish 2 and others under his belt, Vivek is indeed one actor to watch out for in the months to come.