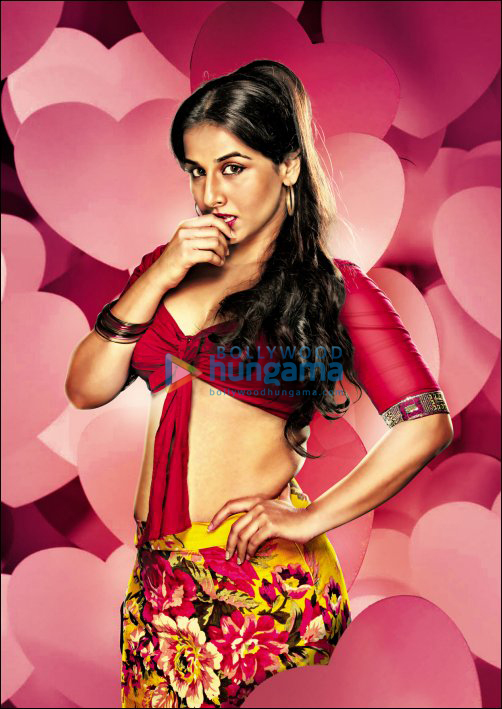 Ekta Kapoor and Milan Luthria team up once again after the blockbuster Once Upon A Time In Mumbaai to create a bold, humorous and dazzling multi-starrer set in the 80's south film industry.

Billed as Moulin Rouge meets Himmatwala in terms of its look, The Dirty Picture chronicles the romantic journey of the erstwhile sensation Silk Smitha (played by Vidya Balan) her rise to stardom and her subsequent fall.

Talking about her look in the film, Vidya says, "Silk was made to give Indian men sleepless nights! She doesn't leave much to imagination. Silk is every woman's wild side and yet she's soft where it matters. She was spunky, yet she can shock you with a straight face."

Ready to sizzle and shock in her all new avatar, Vidya says, "I'm beginning to feel like Silk... a bit slippery. I've always loved my curves and curves love Silk!"

Music composer duo Vishal & Shekhar have composed the soundtrack for this keenly anticipated flick, which releases later this year.