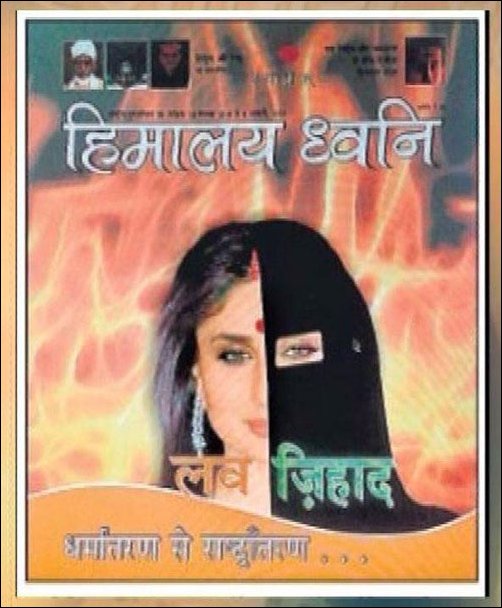 After dragging Aamir Khan into a series of controversies over PK, now it is Kareena Kapoor Khan who has become a victim of religious blame-games. Recently, a picture of the actress went viral with the famous right wing party of BJP, Vishwa Hindu Parishad (VHP) claiming that Kareena Kapoor Khan has been leading a dual life that is misleading the youth.


The picture, which has one half of the actress covered in hijab and the other half of her face sporting the sindoor and bindi (representing the Hindu tradition), was used by a magazine run by VHP women's wing by accusing Kareena of promoting 'love jihad'. 'Love jihad' is actually a campaign which is said to be kick started by Muslim men in a bid to convert Hindu women into Islam by wooing and marrying them. The wing accused Kareena Kapoor Khan of following Muslim rituals despite being a Hindu while she had already mentioned that she would only add Khan to her surname and would not convert her religion during the time of her marriage with the now Nawab of Pataudi, Saif Ali Khan. The publishers Amar Ujala and Rajni Thukral have apparently alleged that Kareena Kapoor Khan's dual life has wrongly influenced the youth of the country and that she shouldn't be allowed to do the same for their well-being. Along with this, they have also openly challenged the award winning actress to sue them if she feels offended by the morphed image.


Kareena Kapoor Khan is currently in Rajasthan shooting for Kabir Khan's next Bajrangi Bhaijaan with Salman Khan. The actress hasn't responded to the comments made by VHP.