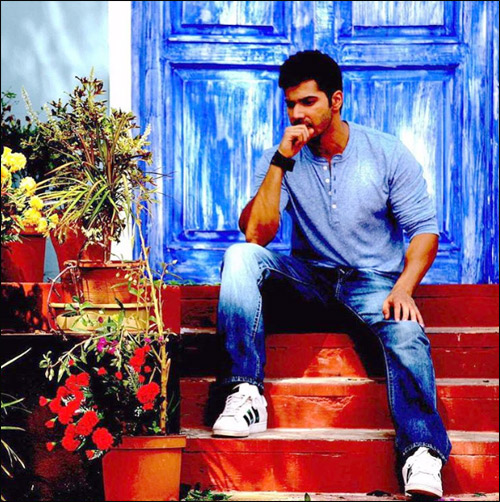 By now, it has become a well-known fact that the team of Dilwale are currently shooting in Hyderabad and if the pictures online are anything to go by, they are definitely having a blast. Recently, actor Varun Dhawan posted a picture of himself from the sets of film stating that it was clicked by their director Rohit Shetty.


Varun Dhawan shared this image on his Instagram page saying, "Collecting my thoughts before a shot. Picture taken by Rohit shetty". The actor, along with his team, is shooting the film at Ramoji Rao studio in the city and from what we hear he will also be wrapping up a song shoot along with Kriti Sanon during this schedule. The peppy song in question will be choreographed by Farah Khan and is said to be a Christmas number.


Dilwale also stars Shah Rukh Khan and Kajol in lead roles along with Boman Irani, Varun Sharma, Sanjay Mishra among others and is slated to release on December 18.