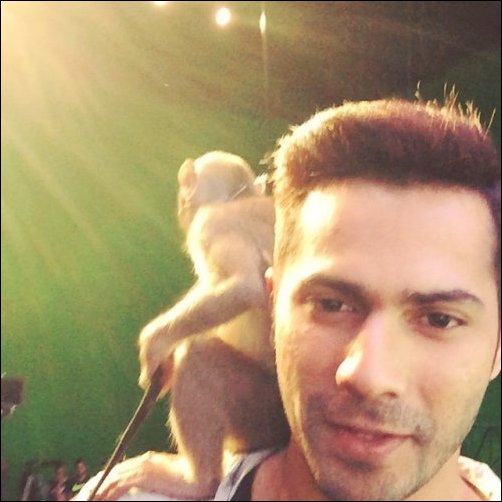 With his film Badlapur that released last Friday garnering rave reviews from the audience and critics alike, Varun Dhawan is certainly on cloud nine. However not being one to take things easy, the actor has resumed work on his next venture, only to end up making new friends.


Interestingly though, Varun Dhawan's choice seems to be a bit primitive with his new friend being a monkey. Posting an image on twitter of himself with his new friend named PK, Varun tweeted, "Meet my new friends #abcd2". Later adding a video of the same on instagram, Varun posted, "Must watch monkey and me".

Shraddha Kapoor reveals what her most prized…