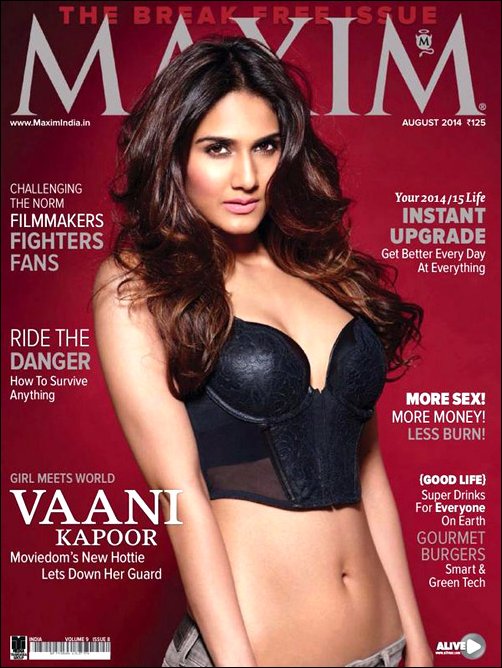 Vaani Kapoor made her debut alongside Sushant Singh Rajput and Parineeti Chopra in the Yash Raj film Shuddh Desi Romance. However, she is yet to do her next big Bollywood movie. Meanwhile, the latest issue of Maxim features this leggy dame as their cover girl for the month of August.

As for Vaani Kapoor, the actress who received the Filmfare Award for Best Female Debut for Shuddh Desi Romance will soon be seen making her Tamil debut in the romantic comedy Aaha Kalyanam.