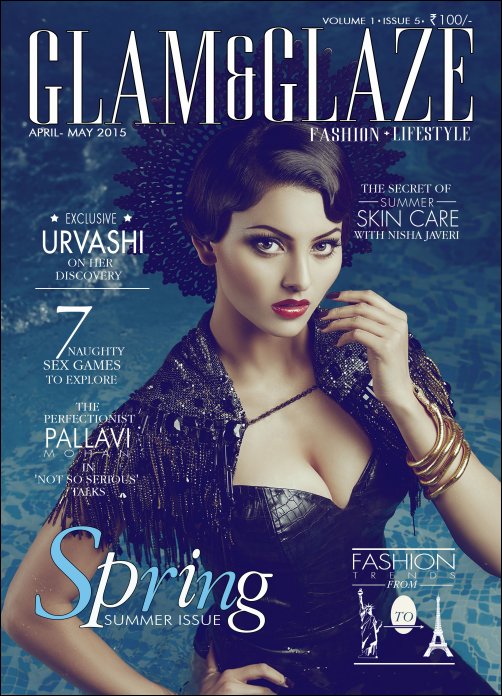 Urvashi Routela, who made her Bollywood debut back in 2013 with the film Singh Saab The Great, after winning the I Am She - Miss Universe India in 2012, has been missing from the Bollywood circuit of late. But the model turned actress who was last seen in rapper YoYo Honey Singh's music video 'Love Dose' will be seen later this year in the film Sanam Re. However apart from the film, we hear that Urvashi also features as the cover girl for the fashion magazine Glam n Glaze for the month of April.


Photographed by Praveen Bhatt, the cover features her in an all-black ensemble with blood red lips that stands out, a perfect picture epitomizing the glamour and glitz of Bollywood. If that wasn't enough the magazine also features an in-depth article about Urvashi, who talks about her pageant win to entering Bollywood, the Honey Singh video and her sudden disappearance from the silver screen.


Apart from this, the magazine also features tips for skin care during summer and a lot more.