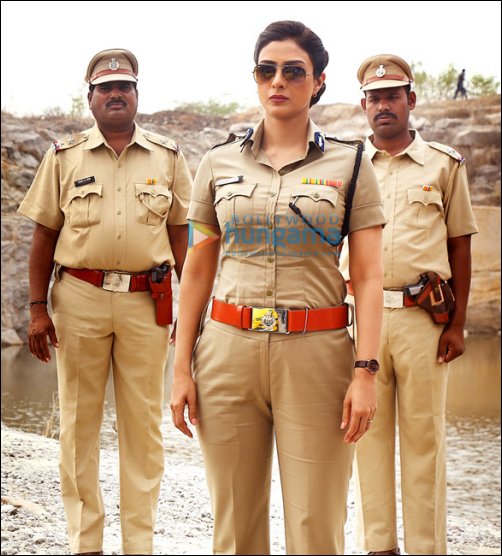 Earlier Bollywood Hungama had reported that the firebrand actress Tabu will now be seen in the role of a cop in Ajay Devgn's Drishyam remake.


This time round, we bring you a super stunning sneak peak as to how the character of Tabu will look in the film. In the film, Tabu will be seen donning the Khaki uniform as IG Meera Deshmukh, who will go to any lengths to unmask the truth.


Drishyam's remake is a Panorama Studios & Viacom 18 Motion Pictures Production that is presented by Viacom 18 Motion Pictures and is being directed by Nishikant Kamat and produced by Kumar Mangat Pathak, Ajit Andhare and Abhishek Pathak. Besides Tabu, the film stars Ajay Devgn, Shriya Saran and Rajat Kapoor in pivotal roles. The film is all set to hit the screens on 31st July, 2015.