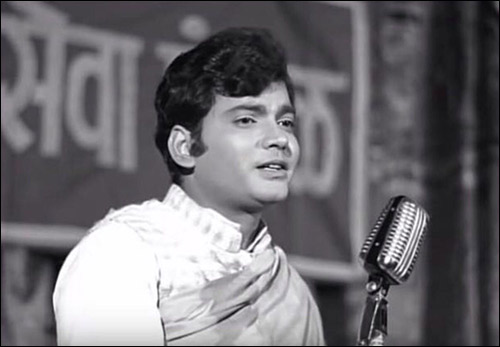 Known as the 'Showman' of Bollywood, filmmaker Subhash Ghai has given us several masterpieces like Hero, Khalnayak, Karz, Ram Lakhan, Karma, Saudagar which have made a mark on the industry. The actor, apart from making special appearances in his own films, had made his acting debut in the late 60s.


Reminiscing about his acting days, here's a glimpse of Subhash Ghai as an actor from a song sequence. The said image is from the film Bharat Ke Shaheed which released in 1972 and the filmmaker played the leading man. The film deals with the struggles of a martyr's children as they chose different paths of lifestyle - where one strives for justice and fights against the social evils like corruption, the other has just one aim in life - to become rich by hook or by crook. Feeling nostalgic about his youthful days, Ghai recently shared this picture that is over 45 years old.