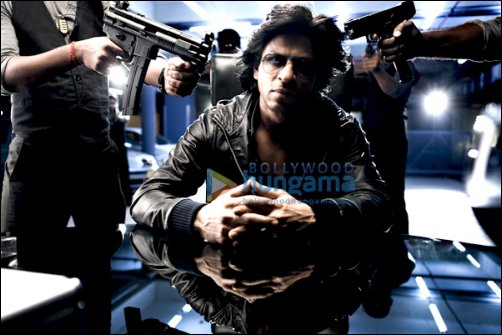 Farhan Akhtar has just finished shooting a video for the song 'Mujhko Pehchaan Lo' for Don 2 with Shah Rukh Khan in Mumbai. This

will be the first of a kind music video where instead of a choreographed song and dance treatment, they have opted to visualise the song as an action

sequence. The song is being choreographed by Vaibhavi Merchant.

Speaking on this Farhan Akhtar said, "It's going to be a first of its kind music video which makes it really exciting to do. Instead of a song and dance

treatment, we've opted to visualise the song as an action sequence. To see Don vanquish his opponents while casually singing the words is surreal but very

Commenting on this kind of choreography, Vaibhavi Merchant added, "Lip syncing, doing action, performing and all that jazz without a dance and yet a song is

an unique experience for me. Hope this sets a trend because its first of its kind and this is only possible with SRK in a Farhan Akhtar film."