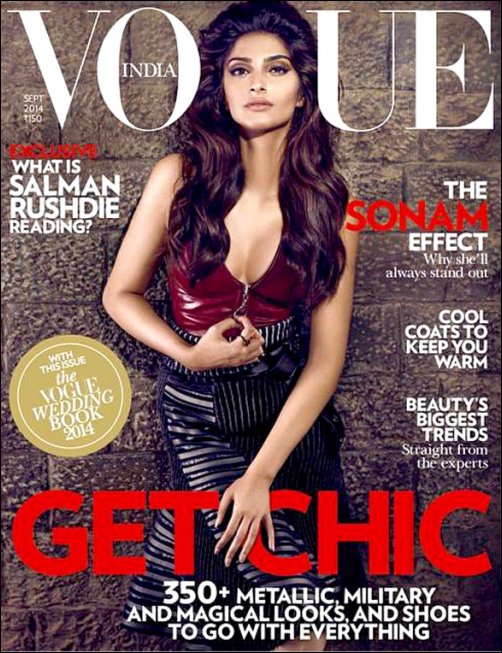 Sonam Kapoor has been making waves in the fashion circle with her precise styling. The actress who will soon be seen in the film Khoobsurat, not surprisingly, features as the cover girl of fashion magazine Vogue for the month of September.


Dressed in a Louis Vuitton fall 2014 ensemble, Sonam Kapoor looks the perfect diva that she is. If that wasn't enough, the magazine also features a photo shoot with Sonam, clad in Dior with Futurology earrings and a Ferragamo bag, pumping up the high style fashion quotient. Apart from the photo shoot the magazine also features an article on Sonam Kapoor titled, 'The Sonam Effect, why she'll always stand out'. A much elated Sonam event post a picture of the cover on instagram saying, "Certain things get me super excited! Like being on the #Septemberissue of vogue!!"


Besides Sonam Kapoor the latest issue of the fashion magazine also features articles on 350+ metallic, military and magical looks, beauty's biggest rends and some cool coasts to keep you warm.