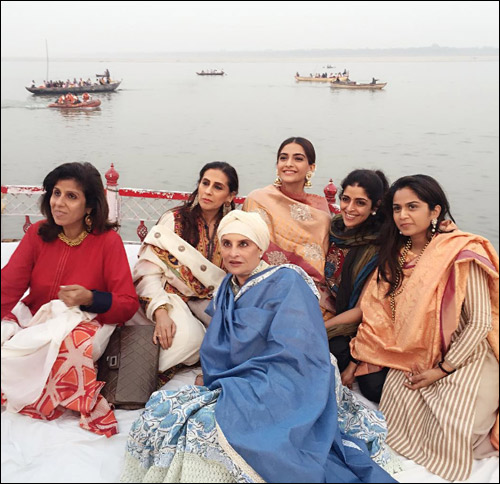 Sonam Kapoor, after the stupendous success of Prem Ratan Dhan Payo, decided to celebrate Diwali in a much grander way. Dev Diwali, a festival celebrated post two weeks of Diwali, is celebrated with great pomp at Varanasi and the actress decided to visit the city this year along with near and dear ones.

Sonam Kapoor recently took to Instagram to give us a glimpse of her trip and shared this image saying, "About to celebrate Dev Dipawali!". She was also accompanied by her mother Sunita Kapoor during this trip. Further, the actress went on to post small videos giving us various glimpses of the grandeur and celebration and the crowd at Kashi Vishwanath temple and other locations including the ghats on the picture sharing site.

On the Bollywood front, Sonam Kapoor is now gearing up for the release of Neerja, a biopic of air hostess Neerja Bhanot who was awarded the highest civilian award for saving lives during a hijack. The film is slated to release on February 19, 2016.