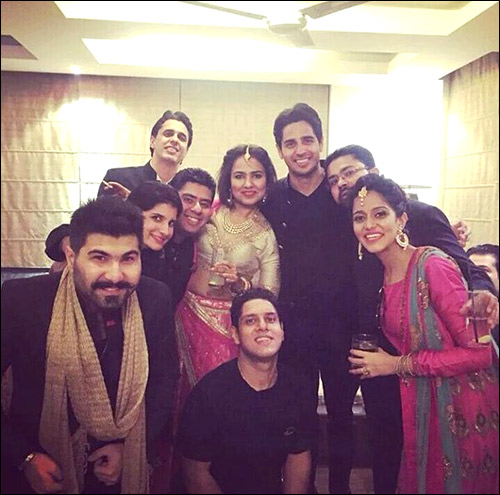 Though it has been a tough schedule for Sidharth Malhotra who has been juggling between shooting for Baar Baar Dekho as well as the promotions for Kapoor & Sons, the actor seems to have taken some time out for his family, especially his cousins.

From what we hear, Sidharth Malhotra took a quick break from the ongoing promotions in Mumbai, in order to attend the wedding of his cousin, Eishita Malhotra. The actor flew to Delhi especially for the D-day. While he couldn't make it to all the ceremonies owing to work commitments, he made sure that he would be present for the nuptials which took place in a farmhouse.

Inside pictures from the ceremony have gone viral on social media and the actor was seen wearing a black bandhgala, red pagri for the wedding. Talking about his bond with cousin, Sidharth said, "She's my first cousin. We grew up together in the same house."

On the Bollywood front, Sidharth will be seen in Kapoor & Sons starring Alia Bhatt and Fawad Khan. The film produced by Dharma Productions in association with Fox Star Studios and directed by Shakun Batra, is slated to release on March 18.