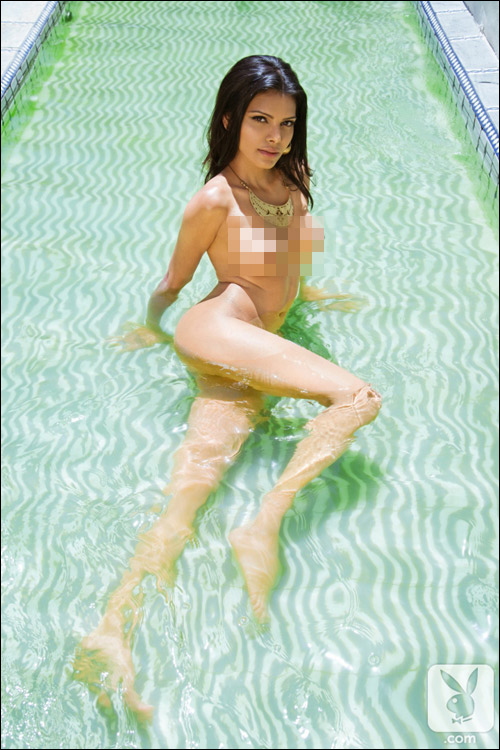 Way back in 2012, Sherlyn Chopra had shot for Playboy but her pictures weren't released publicly since. However, last week it was announced that her photos will be released on the occasion of Independence Day on August 15.

We at Bollywood Hungama got hold of some of these snaps where the Sherlyn Chopra has bared it all for Playboy. While in one picture, she is posing in a swimming pool, with only a neckpiece, in the other Sherlyn Chopra is seen in a long cape. During the photo shoot for the magazine, Sherlyn had described her experience to be very liberating. In fact, Sherlyn Chopra even posted some pictures on her Twitter handle, which also included her Holi celebrations with the Playboy team back then.

However, now with the pictures garnering attention, Sherlyn Chopra will shift focus to films. Last seen in Dil Bole Hadippa, Sherlyn Chopra also shot for Kamasutra 3D. However, Kamasutra 3D got into controversies and for now, there hasn't been any official announcement on the release of the same.