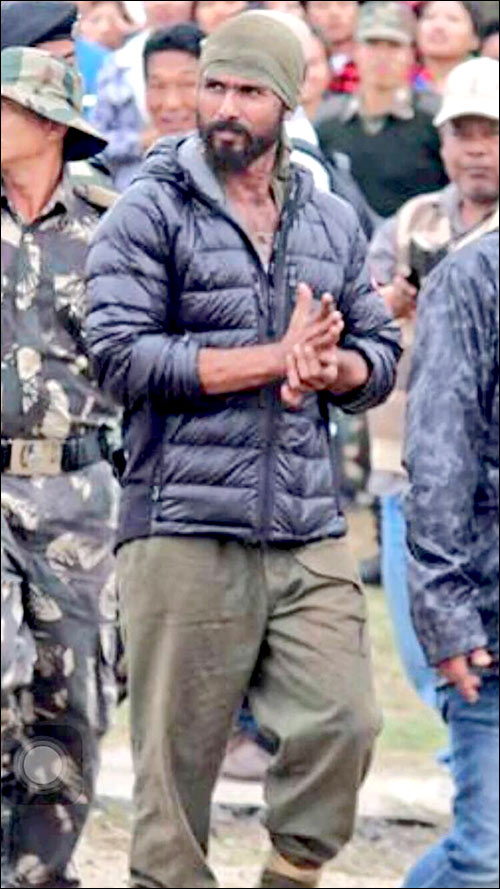 Ever since the announcement of Rangoon, the film has been in news for several reasons, from exploring fresh on screen pairs to bringing together Shahid Kapoor and Saif Ali Khan in the same frame. Considering that the film is also a period drama, it has created immense curiousity and now adding to it are the latest pictures of the film's leading man Shahid Kapoor.

Pictures of Shahid Kapoor in a bearded look have gone viral on social media with female fans of the actor swooning over his fit and grungy style. While we have time and again asserted that the actor will be playing the role of an army officer, earlier the actor had shot several sequences sporting a moustache. Set amidst the backdrop of Second World War, Rangoon is touted to be a Casablanca styled love triangle.

Directed by Vishal Bhardwaj and produced by Sajid Nadiadwala in association with Viacom 18, Rangoon also stars Kangna Ranaut and Saif Ali Khan and is slated to release on September 30.