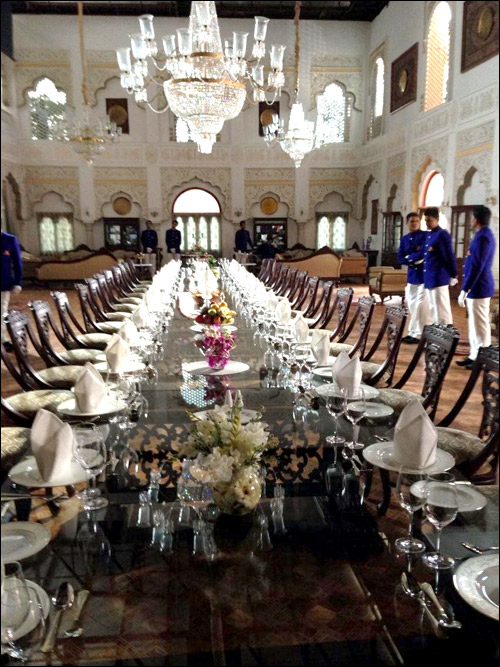 Family dramas set in the household of business tycoons against the backdrop of lavish bungalows, is something that Sooraj Barjatya is known for. After their last collaboration Hum Saath Saath Hain, Salman Khan once again is all set to join hands with the filmmaker for the next family drama Prem Ratan Dhan Payo.


So when the film has a superstar like Salman Khan playing the role of a prince, the sets have to be royal and plush. Earlier we gave a glimpse of the courtyard and the rich and magnanimous chandelier that was a part of the film and now it's the picture of the palatial dinning table and a grand dinning hall that will give you an idea of elaborate set that has been constructed on the outskirts of Mumbai, near Karjat. The huge table is well decorated with fine crockery and sparkling kitchenware as the servants are guarding the room. A picture of this magnificent set was posted on the micro blogging site Twitter by actor Anupam Kher who will be seen in the film.