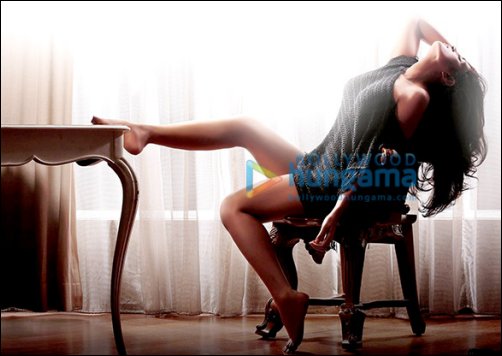 Earlier we had given our surfers a sneak peak at Richa Chadda shooting for her next film Cabaret. Now the makers of the film have revealed an image of the actress looking hotter than ever in the film. In a definite moment that makes the nay Sayers eat their words, Richa is seen striking one of her most sultry poses draped in grey figure revealing outfit.


As for the film, Richa will be seen playing a glamorous cabaret dancer in the movie, which is being directed by Kaustav Niyogi. Cabaret will also mark the Bollywood debut of cricketer Sreesanth who will be seen donning the role of a Malayali mentor to the movie's leading lady.


Produced by T-Series & Wave Cinemas, Cabaret A Fisheye Network Production also features Gulshan Devaiah and is slated to release by the end of 2015.