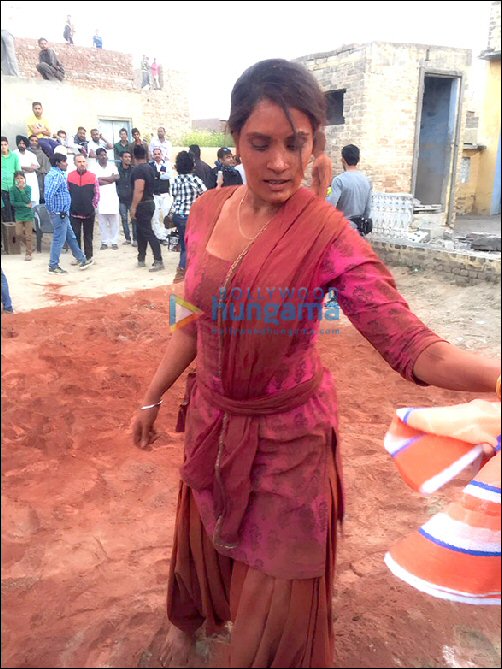 Here is an interesting glimpse of the actress Richa Chadha who is essaying the role of Sukhpreet - Sarbjit's wife in the much talked about biopic Sarbjit which will have Randeep Hooda playing the main lead along with Aishwarya Rai Bachchan.

A source from the set reveals that, "There is a special wrestling sequence where in Randeep and Richa will be pitted against each other. Randeep and Richa had to film this in scotching heat of Punjab and both the actors gave their best. It is also said that Richa learned the art of wrestling especially for this scene." Mud wrestling is very common in villages of Punjab a lot of men practice this as professional wrestlers. There are a lot of Akhadas in every locality."

As for the film, featuring Aishwarya Rai Bachchan, Randeep Hooda, Richa Chadda, Darshan Kumar in prominent roles, Sarbjit is directed by Omung Kumar and is produced by Pooja Entertainment and T-Series. The film is slated to release on May 19.