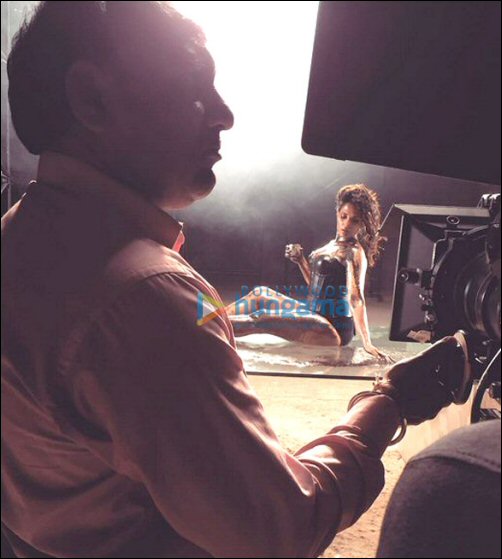 Richa Chadda who has a handful of films in her kitty will be seen playing the protagonist in Pooja Bhatt's upcoming film Cabaret. The film will have the actress sporting

Check out: Richa Chadda in her Cabaret avatar

a unique look and here's a glimpse of it.

We hear that Richa Chadda has taken inspiration for her avatar from renowned Pop diva Rihanna. In fact, we hear that Richa suggested the idea after her hair make up person Tanuja Dabir expressed

the desire to opt for the famous bob look of RiRi for Richa in the film. Talking about the picture and the look she is sporting, Richa added, "I have long hair and we wanted to create an illusion

of a short curly bob. We looked for international icons because that's what Pooja Bhatt had in mind and Rihanna seemed cool. My make-up and hair artist Tanuja Dabir achieved that with ease and

Pooja approved of it as well. Eventually ended up looking great."