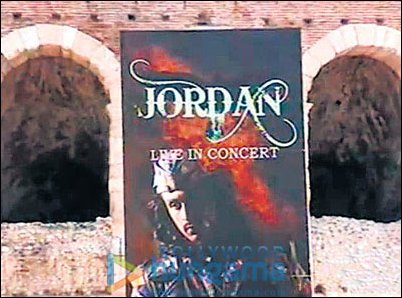 By now its common knowledge that Ranbir Kapoor is playing the lead role in Imtiaz Ali's next Rockstar. Shooting of the film took place in Verona, Prague and we came across these pics doing the rounds of the internet.

Apparently, Ranbir plays a 'Rockstar' called Jordan in the film, however his look is not what you would expect of a typical rock star. An important sequence showing Ranbir's character Jordan 'live in concert' was filmed in Verona and even the locals were more than happy to be a part of the shoot.

Rockstar has music by none other than A.R.Rahman and is likely to release mid-2011.