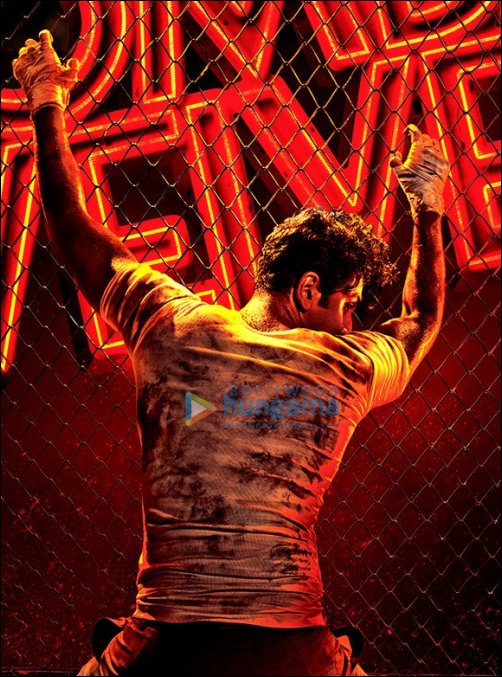 After much delay, Anurag Kashyap's magnum opus Bombay Velvet will be releasing this year and the anticipation for the film has been building up since its inception. Though the makers have maintained complete secrecy over the looks of the characters in the film, now after months of shooting in Sri Lanka, they have finally decided to give us a glimpse of the film.


Recently, a picture of Ranbir Kapoor was released by the team of Bombay Velvet as a teaser image to build excitement around the first poster of the movie that is set to release this Thursday, January 29. The said poster has Ranbir Kapoor posing in a greasy ganjee and sweaty avatar as the street fighter Johnny Balraj, his character in the film. Set in the backdrop of late 40s, Ranbir plays the character of the risk-taking daredevil, who rises from the underbelly to become a big shot. And the teaser image plays on his edgy avatar in the film. Ranbir has also shot for some cage-fighting scenes in this romantic thriller for which he went through intensive boxing coaching.


While Anushka Sharma has been paired opposite Ranbir Kapoor for the first time, Bombay Velvet also marks Karan Johar's acting debut in Bollywood. The film is based on the novel 'Mumbai Fables' by Gyan Prakash and depicts the journey of 'Bombay' from just a mere town to the city of dreams. Produced by Phantom in association with Fox Star Studios, it is slated to release on May 15.