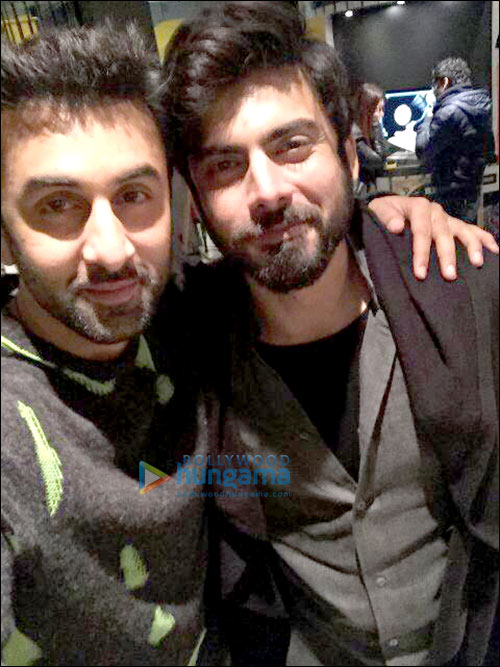 
Karan Johar took to Twitter to share a picture of Ranbir Kapoor and Fawad Khan bonding on the sets of the film and said, "Fawad Khan joins the cast of #AeDilHaiMushkil...an extremely "special" role in our film!! Amazing energy on set!" Though Karan has still kept the role of Fawad in the film a secret, we hear that the actor will be seen as a DJ in the film. Fawad joined the schedule of the film in Vienna while his Pakistani co-star Imran Abbas Naqvi was spotted with the cast when they were shooting in London.


It may be noted that Fawad Khan is also playing one of the leads in the Karan Johar production Kapoor & Sons along with Sidharth Malhotra and Alia Bhatt. On the other hand, Ae Dil Hai Mushkil stars Aishwarya Rai Bachchan and Anushka Sharma as the leading ladies.