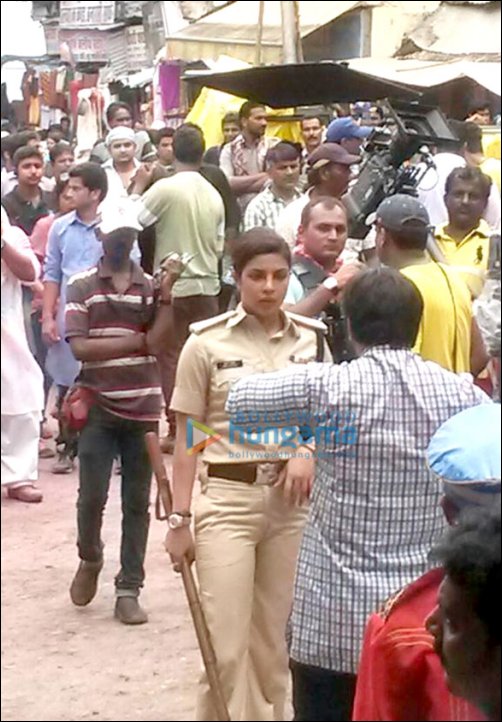 A while back, we had revealed that Priyanka Chopra would be seen playing the role of a cop in Prakash Jha's Gangaajal 2. In fact the makers of the film even released the first look of PC in police uniform before the shoot began. While Priyanka's look made waves then, we came across a few images of her shooting for the film on the busy streets of Bhopal.


In fact Priyanka Chopra who commenced shooting for the film on June 16, was snapped at the Jama Masjid Chowk bazaar in old Bhopal. Looking like an action scene, the sequence was shot on the busy streets with locals and junior artists in the crowd.

As for the film, in Gangaajal 2 Priyanka Chopra will be seen playing the role of superintendent of police Abha Mathur who is posted to a fictitious district called Bankipur in northern India. While her colleagues and top notch police officials paint a rosy picture of Bankipur terming it as a golden posting, Abha soon realizes that the town is filled with crime. From her own corrupt officials, to the tearing gazes of media hovering overhead, to human right activists, Abha decides to combat with the society alone and fight the menace of this deep rooted nexus of crime and politics in Bankipur.