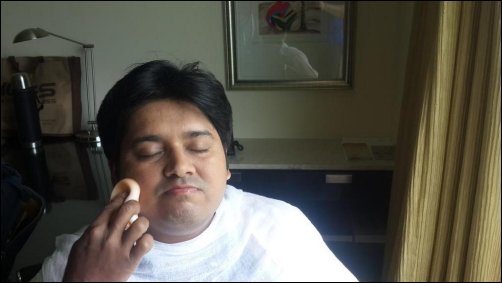 
But adding more spice to the film will be director, writer and now actor Milap Zaveri who will be doing a cameo in the film. Tweeting an image of himself in a makeup session prior to the shoot Milap posted, "Had @SunnyLeone for inspiration :) @2111Shaad:Director dawns d make up..watchout for @zmilap in a cameo #Mastizaade"


Later when we got in touch with the director, Milap adds, "Yes I am doing the cameo, but it was by chance. In fact Mushtaq Sheikh was supposed to do it but then he had some other engagements, so I stepped in. My only condition to do the cameo was that the film will have to feature more closeup shots of me rather that those of Sunny and Tusshar."


Written and directed by Milap, Mastizaade is produced by Pritish Nandy.