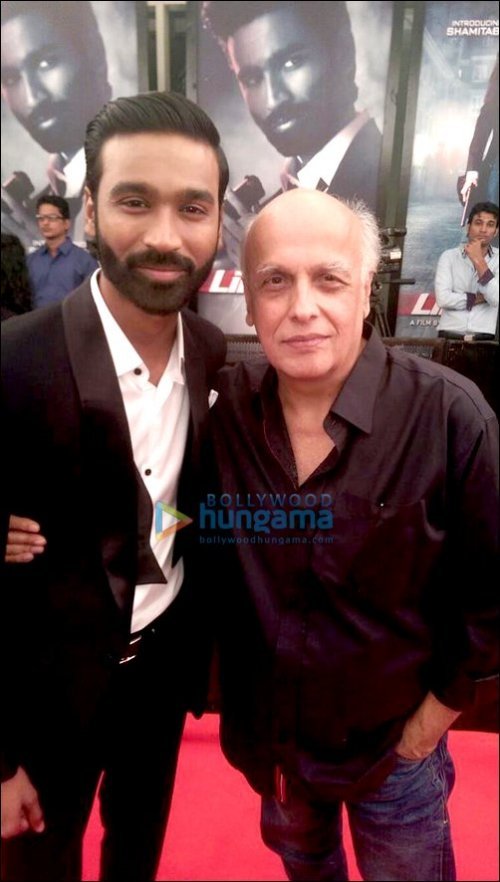 One of the most prominent filmmakers Mahesh Bhatt seems to be bitten by the acting bug. After playing the role of a Buddhist monk in the upcoming Mukul Mishra directorial Siddhartha, now Bhatt will be doing a special appearance in the upcoming R. Balki film Shamitabh.


Posting a picture with one of the film's actors Dhanush, Mahesh Bhatt said, "Dhanush and me pose for a picture after shooting for Balki's forthcoming film SHAMITABH." Describing his cameo in Shamitabh, Mahesh Bhatt revealed that filmmaker Balki had approached him for a role a week before and asked him to play himself in the film. In fact, when Bhatt read the script which he was supposed to enact for the film, he liked it so much that he immediately agreed to do a part. The character in question will have Mahesh Bhatt walking a red carpet along with Dhanush in the film where he is questioned aggressively by a journalist and he squashes her questions.


This is the second film of Dhanush in Bollywood as he made his debut with the Anand L. Rai film Raanjhanaa which also starred Sonam Kapoor and Abhay Deol. Now, in Shamitabh, he will be seen playing the role of a deaf and mute person and Amitabh Bachchan plays the man who lends Dhanush his voice.


Though this is the first time that Dhanush will be working with R. Balki, the director has worked with Amitabh Bachchan in his previous films Cheeni Kum and Paa. In fact, even in his production venture English Vinglish which was directed by his wife Gauri Shinde, Amitabh Bachchan had done a rather impactful guest appearance.


Shamitabh will also see R. Balki joining hands with South music maestro Illayaraja and it also marks the debut of Akshara Haasan, the second daughter of Kamal Haasan in Bollywood.