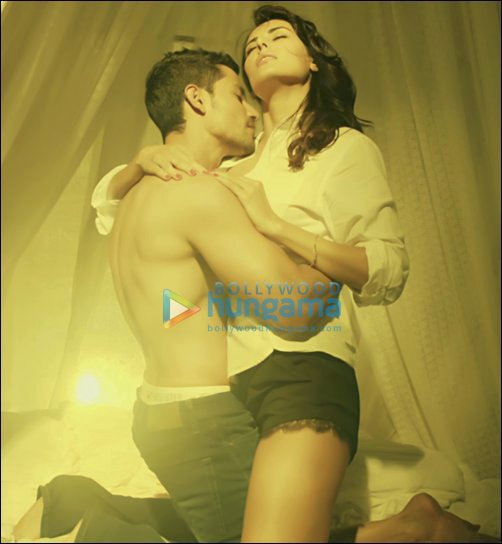 Few weeks back, the trailer of T Series film Bhaag Johnny was released. Well now we came across a few images from the Shivam Nair directed film featuring Kunal Khemmu and Mandana Karimi, and by the looks of it, we guess the two actors will be heating up things in the film.

As for the story of the film, Bhaag Johnny follows the life of Janardhan Arora (Johnny) a young Indian working as an accountant in Bangkok, who despite earning a successful living, is not content and wants more in life. Due to this urge, Johnny gets involved in a security fraud, not realizing the dangers that he will encounter. Later he gets caught in a situation wherein he must either kill Tanya (Zoa Morani) or save her. But life gives him an opportunity to lead two lives for 72 hours. In this critical situation, the black and white shades of Johnny break out. He starts living two parallel lives.


Produced by T Series, Bhaag Johnny that is shot in parts of India and Thailand also features Vikram Bhatt doing a cameo as a ghost. Directed by Shivam Nair, the film is expected to release later this year.