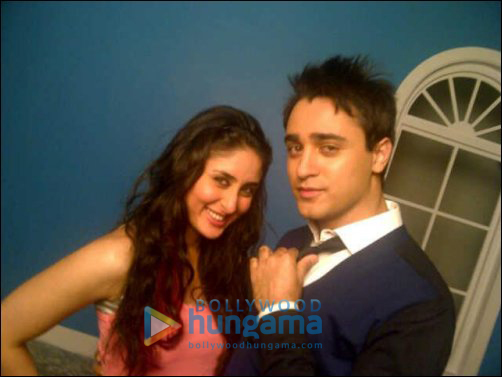 Here is an exclusive publicity still of Dharma Production's and UTV Motion Picture's Ek Main Aur Ekk Tu starring Kareena Kapoor and Imran Khan. After working with Aamir Khan, Kareena pairs up with his bhanja Imran Khan for the first time in Ek Main Aur Ekk Tu and their jodi surely looks fresh and vibrant. The film is a romantic comedy and going by the first look, it looks extremely colourful and peppy.

Kareena plays a hairstylist settled in the US in the film. For the role, Kareena cut her hair short and sported red streaks. While Imran plays an obsessive-compulsive architect who can't tolerate anything out of place.