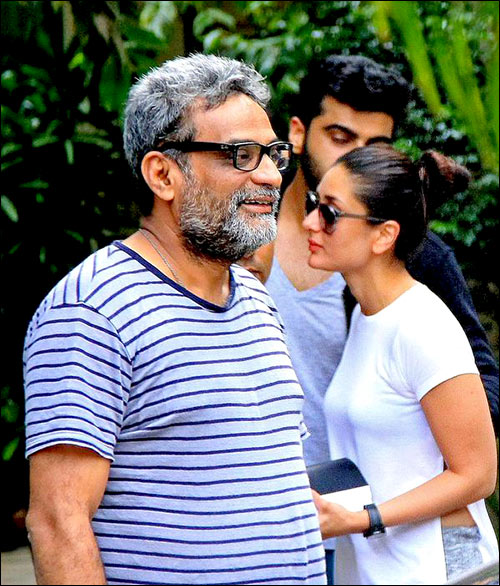 Since the day director R. Balki announced his next film, it has been making news. One of the major reasons being that it brings together one of the most unique and fresh pairing in Bollywood, that of Arjun Kapoor and Kareena Kapoor Khan.


While he had previously mentioned that the film is a rom-com, we recently got to hear that it is about a married couple. Now, we spotted Kareena Kapoor Khan and Arjun Kapoor along with filmmaker R Balki when they decided to have a meeting together. From what we hear, Kareena Kapoor Khan plays the role of a career oriented wife while Arjun plays a lazy husband who likes to stay at home.


R. Balki who last directed Shamitabh, has always had his lucky mascot Amitabh Bachchan in all his films and this time around too, if the rumours are to be believed, the megastar will be seen in a cameo.