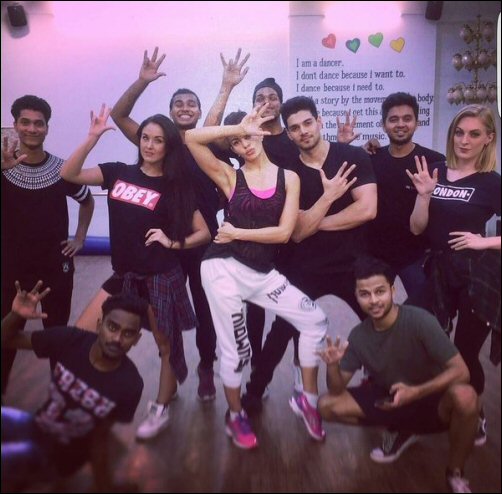 Of late, the music giant T-Series has ventured into the trend of developing music videos with mainstream Bollywood stars which has gained momentum online. After Hrithik Roshan

- Sonam Kapoor, Emraan Hashmi - Esha Gupta, Ayushmann Khurrana -Yami Gautam, now it is Jacqueline Fernandez and Sooraj Pancholi who will feature in a video together for the first time.


We had earlier revealed a few details about this single titled 'GF' which will be choreographed by Remo D'Souza. Jacqueline and Sooraj have already started rehearsing for the hip-hop number

and the actress even decided to give her fans a glimpse of the preparation by posting a picture along with her co-star and the crew from the rehearsals. She also wrote about it saying, "We dance


On the Bollywood front, Jacqueline Fernandez will be seen in films like Dhishoom and Housefull 3.