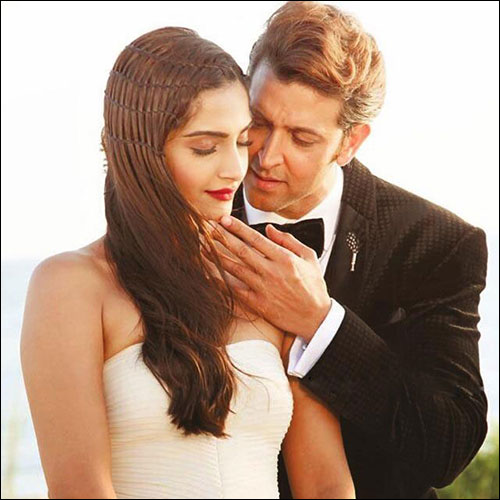 Earlier we had got you a few images from the shoot of the tribute video 'Dheere Dheere Se' that was being shot in Turkey. Now we came across a few more images of Sonam Kapoor and Hrithik Roshan on the latter's twitter fan page @HrithikRules with the duo shooting for the same.

The said special dance video which is a tribute to the music of Gulshan Kumar's Aashiqui is being recreated as a single by Yo Yo Honey Singh. While the dance has been choreographed by Ahmed Khan, Honey Singh has apparently revised the lyrics of the original for the new track.

Once ready, the track will be released on the 25th anniversary of the Aashiqui.
Tags : Aashiqui, Check out, Dheere Dheere Se, Gulshan Kumar, Hrithik Roshan, Sonam Kapoor